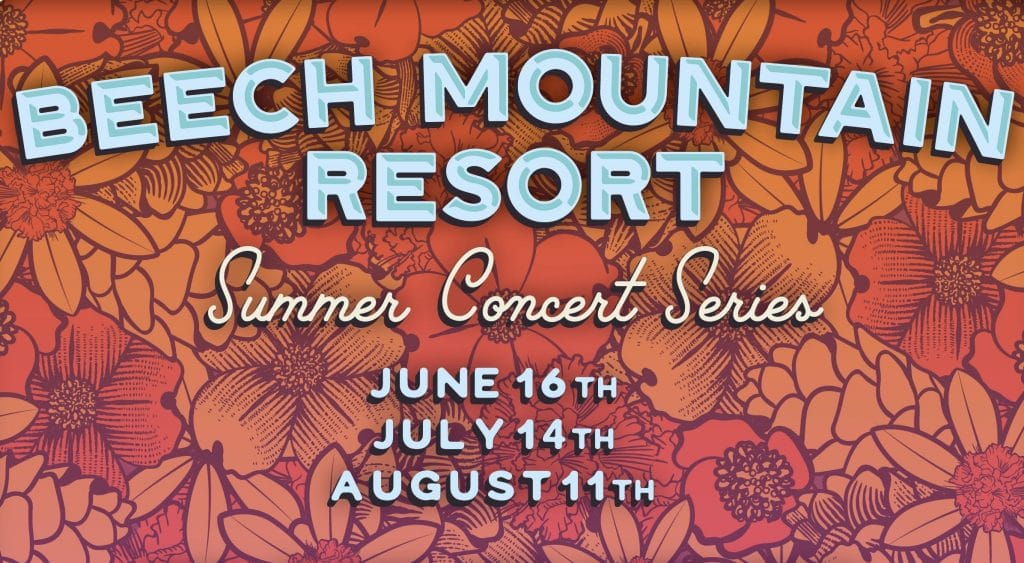 Long after the winter snows are gone, the slopes of Beech Mountain Ski Resort turn into a steep and grassy playground as their vaunted mountain bike paths are filled with riders, the mountainside disc golf course is set up and running, and 5506′ is open for business.

With this concert series, a special outdoor stage will be set up at the base of the slopes as three of America’s top live bands come to perform.

On June 16, 2018, the Wood Brothers will pump up the mountain with their fun and special jams along with opening act Sean McConnell.

On July 14, 2018, the popular ‘fungrass’ troupe Trampled by Turtles will bring their lauded live show to Beech Mountain Ski Resort along with opening acts Sarah Siskind and Travis Book.

On August 11, 2018, jamgrass legends the Yonder Mountain String Band will throw down on the outdoor stage along with opening act the Forlorn Strangers.

Tickets for the concerts will be $25 in advance and $30 the day of show. Kids four and under are free. Doors will open at 6 p.m..

The Wood Brothers are the premier power trio of the Americana and roots rock genres. The group is made up of the very talented threesome of Oliver Wood on acoustic and electric guitars, brother Chris Wood on bass and Jano Rix on percussion and other instruments. The music of the Wood Brothers is culled from many different genres and they can build up a real head of steam onstage. Their latest album is called “One Drop of Truth,” which they describe as., “the freest album we’ve done, the most independent album we’ve done, and was the most fun we’ve ever had making a record.”

Trampled By Turtles represents the fun side of Americana, alt. folk and bluegrass music as envisioned by a group of musicians from the far north in Duluth, Minnesota. Inspired as much by artists like Townes Van Zandt, Neil Young and Black Sabbath as roots artists like Flatt and Scruggs and Bill Monroe; Trampled By Turtles has cultivated a reputation for being an over-the-top live band over the years. Popular at many festivals such as the nearby MerleFest, Telluride Bluegrass Festival and more, their new album is appropriately titled “Life Is Good On The Open Road.’ They are a band capable of winning over new fans with every concert.

For the last 20 years, Yonder Mountain String Band has been one of the most prolific newgrass groups in America. A band with a plan, the group has cultivated a loyal and fun audience that follows them around and appreciates the improvisational aspects of their live shows. Yonder Mountain has always toured with guest musicians as a quartet, but now they have added a fifth member to round out the sound on a permanent basis. The group is made up of original members Ben Kaufman on bass, Dave Johnston on banjo and Adam Aijala on guitar along with Allie Kral on fiddle and Jake Joliff on mandolin.

More information on the Beech Mountain Resort Summer Concert Series can be found at beechmountainresort.com. 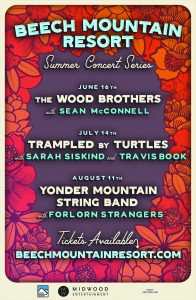