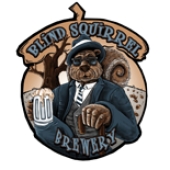 There was stiff competition Saturday July 20th at the Bikes, Brews â€˜nâ€™ Views Festival, as hundreds of judges selected the top brewery from more than 30 breweries at the festival. The judging was conducted by patrons of the festival and there was a lot on the line because the winning brewery gets to have its beers featured during the winter ski season at Beech Mountain Resort.

Blind Squirrel Brewery of nearby Plumtree N.C., took top honors with a tasty assortment of brews, such as â€œWee Heavy,â€ a darker ale. Coming in second place was another local brewery, Faddie Maddie of Banner Elk. Perhaps it was the infusion of hops on site that made Faddie Maddie so popular. Rounding out the winner’s circle was Natty Greene Brewery of Greensboro, which took third place, bolstered by a strong show of their Freedom IPA.

Close behind were favorites Foothills Brewery, Sierra Nevada, and Oskar Blues. If you want to taste the winning brews of Blind Squirrel Brewery, check out the bar at Beech Mountain Resort this winter. Or, wait until next year, when you can choose the winner again.