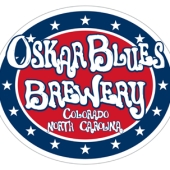 Want to enjoy a few beers without feeling guilty about calories? If so, sign up for the inaugural Oskar Blues 5K Hash Run during Bikes, Brews ‘n’ Views weekend at Beech Mountain Resort.

The run ‘commences’ at the base of the ski slopes where runners board the resort’s high-speed quad lift for a ride to the top. At that point, the athletes must be prepared to face a beer stop featuring one of Oskar Blues’ finest.

Best of all, there’s an added bonus for reaching the finish line: a VIP pre-tasting of beers available to the general public later that afternoon at the beer fest.

Entry fee for the Oskar Blues 5K Hash Run is $40. That fee includes: the 5K, beers along the way, prizes in various categories, and a spiffy Oskar Blues/Beech Mountain Resort mason jar.