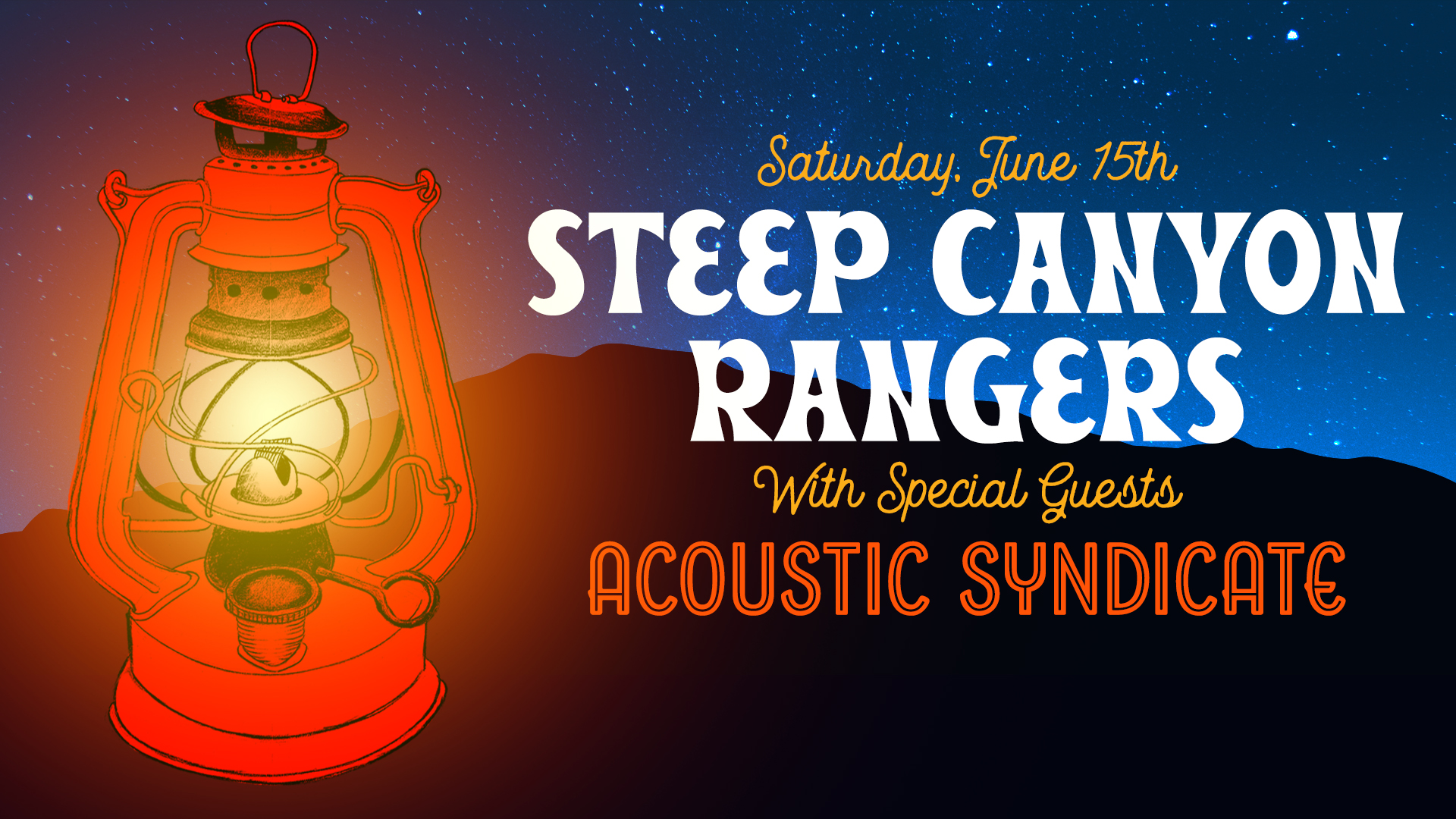 Guests are weclome to bring lawn chairs, however the space directly in front of the stage will be reserved for standing (dancing) room only.

With OUT IN THE OPEN, Steep Canyon Rangers affirm their place as one of the most versatile bands in contemporary American music. The GRAMMY® Award-winning sextet has spent nearly two decades bending and shaping the bluegrass aesthetic, wedding it to elements of pop, country, and folk rock to create something original. OUT IN THE OPEN is the Rangers bravest excursion thus far, transcending bluegrass while also getting closest to the genre’s true form thanks to 3x GRAMMY® Award-winning producer Joe Henry’s traditional approach toward recording.

Since Steep Canyon Rangers came together in 2000, they have developed a remarkable catalogue of original music that links them to the past while also demonstrating their ambitious intent to bring string-based music into contemporary relevance.

In July 2017, Steep Canyon Rangers arrived at Fidelitorium Recordings, an intimate studio facility built, owned, and operated by legendary producer Mitch Easter. The band soon discovered that their producer – along with engineer/mixer Jason Richmond – intended to record all six members singing and playing in a room with no overdubs. The organic process allowed SCR to work fast, tracking a dozen songs in just three-and-a-half days. Steep Canyon Rangers are easily among the hardest working bands in any genre, pulling double duty on their own and as collaborators with Steve Martin.

OUT IN THE OPEN is an undeniable milestone on the Rangers ongoing creative journey. As they approach their second decade, Steep Canyon Rangers are still moving forward, searching for new horizons and musical vistas.

Acoustic Syndicate is a musical institution. Since 1994, their unique blend of bluegrass instruments, rock sensibilities, and conscious songwriting has inspired a generation of musicians. Through 7 albums, thousands of performances, and tens-of-thousands of miles, Acoustic Syndicate has long been heralded as one of the important influences on the modern roots-music revival.

Always a family affair, the band is fronted by Steve McMurry on guitar and vocals, and his cousin Bryon McMurry on banjo, guitar, and vocals. Their signature three-part harmony is rounded out by Bryon’s brother Fitz on drums and vocals. Jay Sanders holds down the bass with style, while dobro maestro Billy Cardine completes the quintet with his world-renowned tone and precision.

If there was ever a band that could capture the universal truths of life from the roots up, it’s Acoustic Syndicate.