Movie Under the Stars Featuring Meatballs 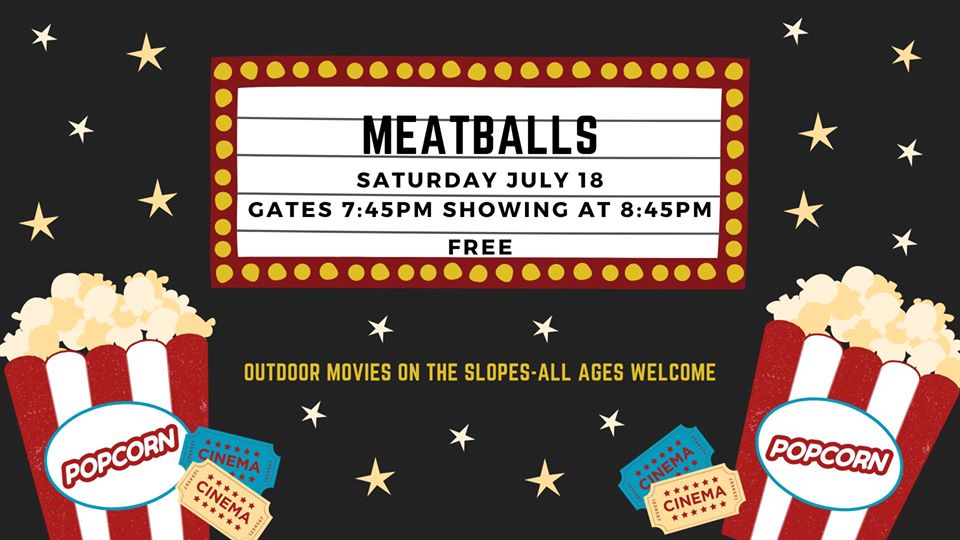 After a day enjoying beautiful Beech Mountain, spend the evening under the stars relaxing with a great movie, family, food and fun. Gates open at 7:45 p.m. and the movie will premiere at 8 :45 p.m. Beech Mountain Brewing Co. will be on-site serving beer, popcorn, drinks and snacks. All ages are welcome and all shows are FREE.

Patrons are encouraged to park in Parking Lot 1. The movies will be shown on the Play Yard slope, located in front of the Lodge. Blankets and lawn chairs are permitted. Social distancing is strongly encouraged. Masks are required indoors, which includes the snack area and restrooms. Masks are encouraged outdoors when you cannot maintain 6 feet.

Meatballs is a 1979 Canadian comedy film directed by Ivan Reitman. It is noted for Bill Murray’s first film appearance in a starring role and for launching the directing career of Reitman, whose later comedies included Stripes (1981) and Ghostbusters (1984), both starring Murray. The film also introduced teenage actor Chris Makepeace in the role of Rudy Gerner. The film was the highest-grossing Canadian film in the United States of all-time and also in Canada, winning the Golden Reel Award.