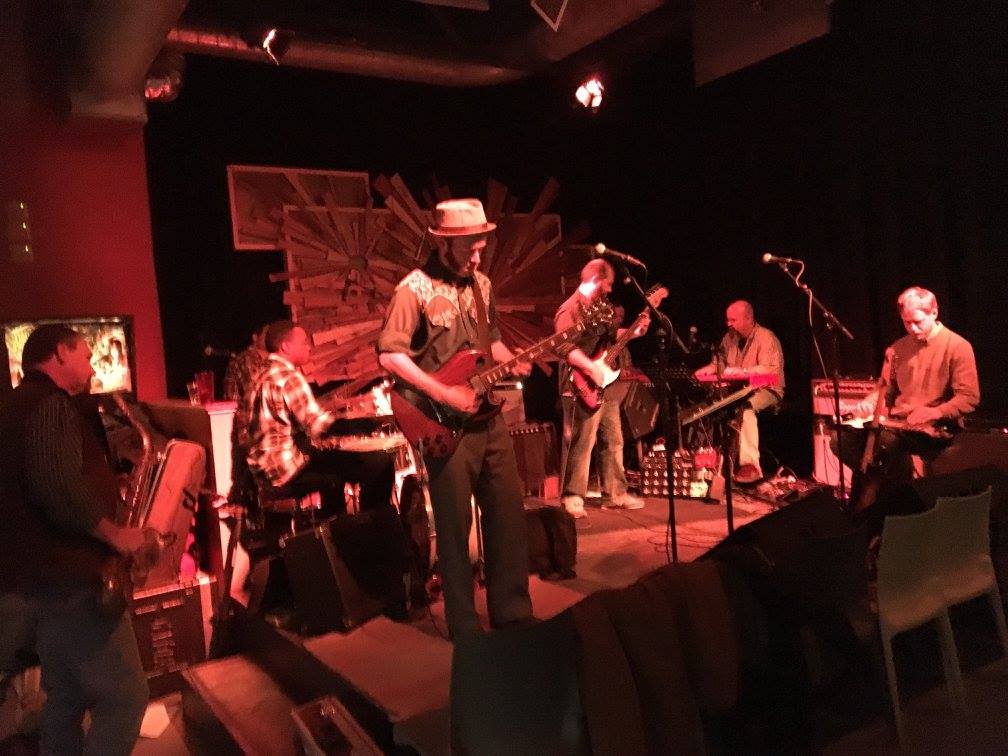 Singer and multi-instrumentalist Dave Brewer has been constant presence on the High Country music scene since moving to Boone from his native Clemmons, NC in 2000.
A founding member of Possum Jenkins, Soul Benefactor and Six Foot Groove, Brewer’s skills on guitar, drums and vocals are regularly on display with a host of local and regional performers, including The Worthless Son-In-Laws, Junaluska Gospel Choir, Melissa Reaves, The King Bees, Earleine and Tellico, among others.
With an ever-rotating cast of the area’s finest players, The Foscoe Four draws on Brewer’s appreciation for the funkier side of Southern American roots music; country funk, soul and blues from Memphis to New Orleans, and Macon to Tulsa, and all points in between.
Swapping instruments, harmonies and solos, the band’s improv-heavy, high-energy live shows have wowed crowds throughout the High Country. Dave Brewer’s Foscoe Four shows will get you dancing and leave you sweaty like Georgia in July!
Previous Post
Town Mountain March 10th
Next Post
Partnership with Lees-McRae College Successfully Certifies Instructors