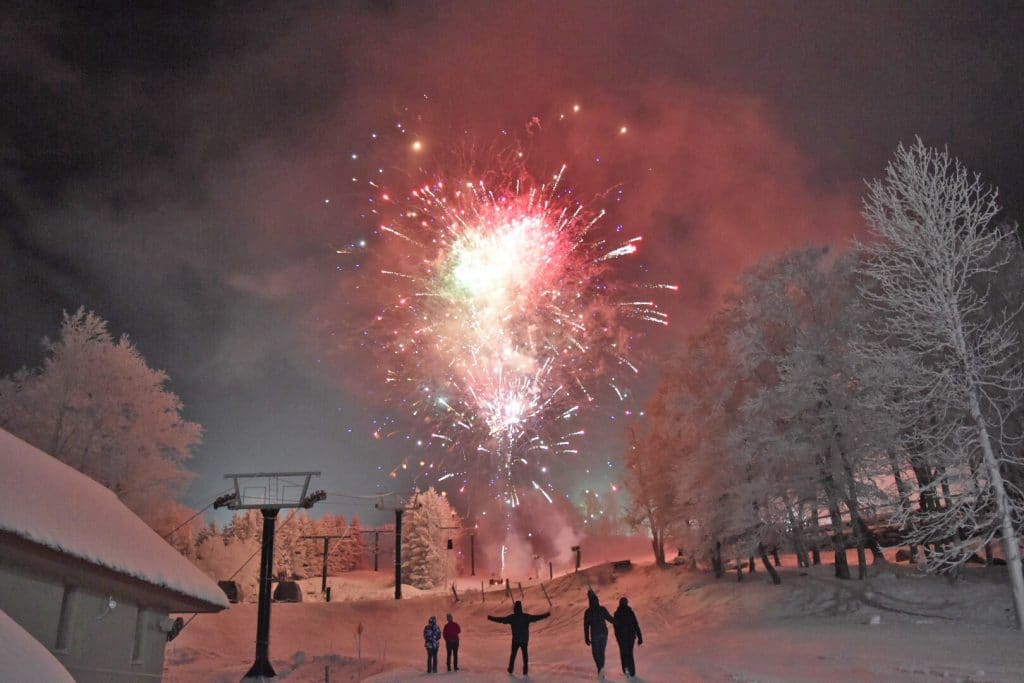 Festivities kick off Thursday evening, Jan. 25, with Beech Mountain-themed trivia at the resort’s Beech Tree Bar and Grille. High Standards, a tribute band from Boone, will set the tone for the weekend with hits from the 1960s at the Famous Brick Oven Pizzeria in town.

On Saturday at 3 p.m., Foothills Oompah Band hits the stage at Beech Tree Bar and Grille. The band’s performance honors the legacy of Austrian ski instructors who came to the resort in the late 1960s to teach lessons and helped shape the culture of the resort.

There will also be a stein holding contest Saturday afternoon, and The Storks will follow the Foothills Oompah Band with a second weekend performance.

At 10:30 p.m. Saturday, fireworks will light up the sky over Beech Mountain, followed by a late-night DJ who will keep the party going.

One of Beech Mountain’s favorite traditions returns on Sunday, with the Great Cardboard Box Derby. Vehicles constructed from cardboard boxes and sponsored by local businesses, churches and community organizations compete for first place based on design originality, best looking and fastest race time down the slope.

When Beech Mountain Resort opened in the winter of 1967-68 as the highest ski slopes in eastern America, it ushered in a new era for Southern skiing, providing a complete resort experience centered around an alpine village. Since then, the resort has continuously improved its snowmaking abilities and guest facilities, and added a state-of-the-art snowtubing park.

“The resort has worked hard year after year to become a destination for skiers and snowboarders,” says Talia Freeman, director of marketing for Beech Mountain Resort. “We want to commemorate all the hard work that’s made Beech Mountain successful the last five decades.”