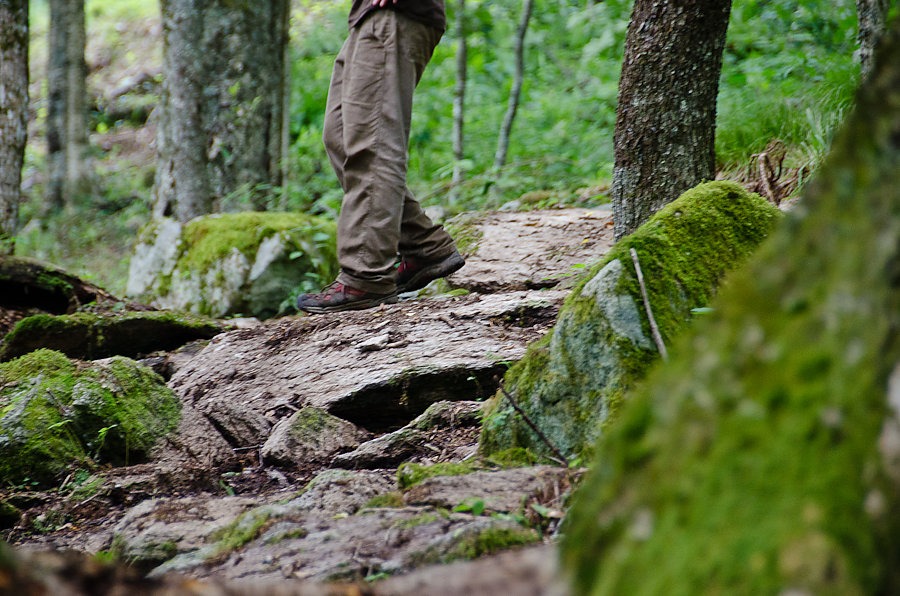 Words and Photos by Kristian Jackson

Trail builder and racer Christopher Herndon wants something big to happen at Beech Mountain. Herndon, a pro rider and trail builder was hired to construct the USA Cycling National Downhill course at Beech Mountain, NC, and he brings a healthy dose of professionalism to a mountain that is prime for the national spotlight. The mountain, a lush plateau high in the North Carolina high country, has had downhill races in the past, but has not seen what is in store under the studious eyes of Herndon.

“Most race tracks in the southeast have always been one-line tracks,” says Herndon.
“For Beech, I wanted to start from scratch,” Herndon adds. “I wanted a trail that was different from any of the trails that the regional racers have grown accustomed to.”

He knows what he is talking about. Herndon has raced professionally since 2000. He has competed as an elite US Downhiller in the 2006 and 2007 seasons, and he was the Dual Slalom National Champion in 2007.  On top of that, he founded the Specialized/GROM team in 2010, one of the most promising corps of juniors in the United States.

Herndon, along with his stellar build team of Danny Caesar and Michael Thomas, is carefully transforming the woods and slopes into an incredible racecourse. The woods here above 5000 feet are atypical for the southern Appalachians. Missing are the rhododendron thickets and light-wringing canopies of dense trees. Here, the woods are open. Rocks, boulders, more rocks, some dark soil, bogs, ferns, and more rocks lay scattered between widely spaced, stunted trees. The crew works the rocks and soil by hand, paying attention to and minimizing their own impact.

This week, Herndon and crew worked meticulously to create their first memorable, and difficult, section of the pro track. “We are really trying to make a lot of options and lines,” Herndon says. “Racers will have to study, learn, and test to figure out which line is actually fastest.”  This is a serious section. Built by serious racers for serious racers.

The team takes its attention to detail a step further. Not only are they crafting a challenging and sustainable trail, but also they want spectators to have easy access to the natural beauty and top-shelf racing. They have cleared all of the brush near the course to improve lines of sight for both spectators and media. They have also cut numerous access points from the slopes to the course for spectators and emergency response.

“This is going to be very much a World Cup style course,” Michael Thomas says. Riders will have to be on it to pin it. The crew has designed the course to put riders where they need to be. Intermediate riders will find lines that force them into mellower terrain. The pros will commit to some sizable hucks and tricky rock-tech to gain time.

Currently, the crew is digging the Pro Track and the Amateur Track. Construction on the slalom course will begin later this summer.

Something big is happening at Beech Mountain. The Beech Mountain Resort is putting it all on the table for this event on September 22nd-25th. Whistler-style lift trays are ready for the bikes (sponsored by Monster Energy). Plans are underway for an amazing event. The Downhill Nationals will mark the beginning of a three-year plan that will bring a legitimate bike park to the mountain and further solidify western North Carolina’s reputation as a serious mountain bike destination. For more information, check out: beechmountainresort.com. Stay tuned for more reports from the mountain. 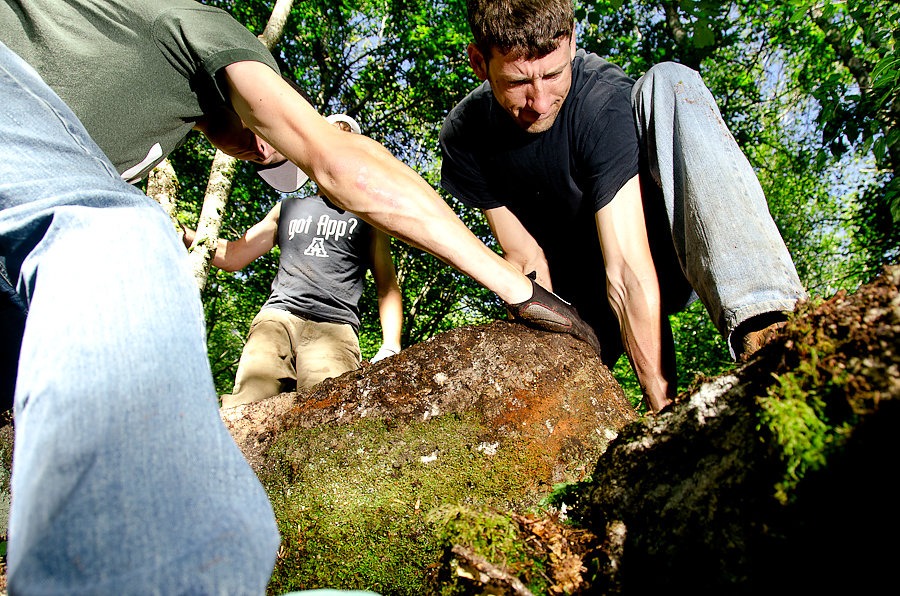 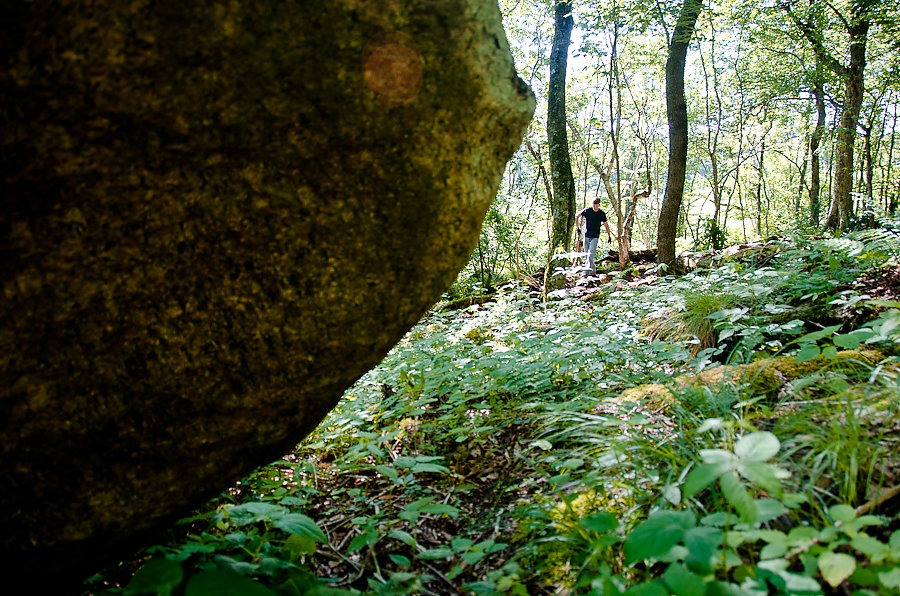