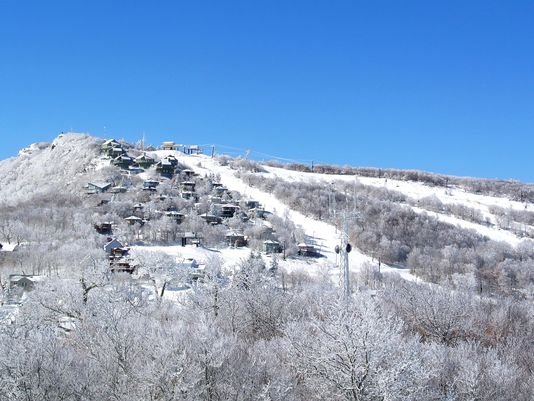 BEECH MOUNTAIN, N.C. — Some of us will become mall rats Thanksgiving weekend, while others will embrace their inner snow bunny.

Beech Mountain Resort opens for business on Friday for its 47th season.

Snow is already coming down there and more than 6 inches are expected before snowfall tapers on Thanksgiving. The real stuff will combine with the resort’s man-made powder for skiers and snowboarders alike to enjoy.

Upgrades have been made since last winter.

Those improvements include a Magic Carpet conveyor lift added to the beginner slope and a continued upgrade of the snow making capacity with seven new high-tech snow guns. Off the slopes, the View Haus cafeteria has been completely remodeled, a new fleet of Rossignol ski rental equipment is in place, and a Burton Learn-to-Ride Center for snowboarders debuts in early December in the ski village at the base of the slopes.

The Appalachian Ski Mountain and Sugar Mountain resorts already opened for the season and will operational through the holiday weekend.

Chief Meteorologist Brad Panovich says the resorts have some of the best base snow he’s seen in years. Thanks to the early blast of cold weather, they were able to make much more than usual before the Thanksgiving weekend.