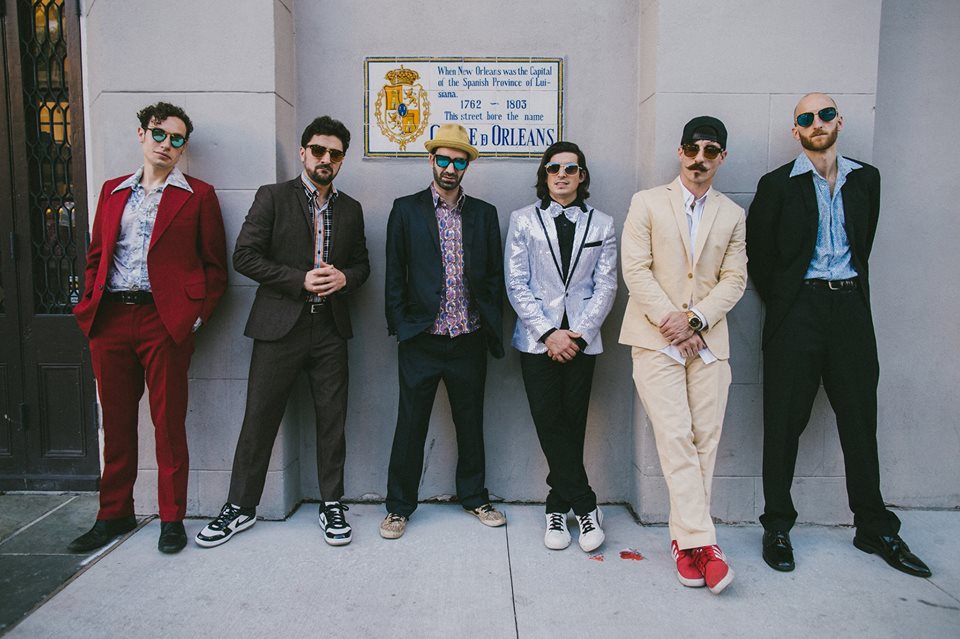 Few bands arouse a crowd into a collective shake like Flow Tribe. The six-member band’s onstage chemistry reflects a seamless combination of soul and movement that hits the audience within the first few notes. Virgin listeners and avid fans alike are drawn in by the distinctive sound that feels both familiar and original. Outfitted for each performance in colorful, carefully selected suits, it’s clear their focus is sharp and the party has begun. This is the work of professional musicians who’ve found their passion, and are living a dream where everyone’s welcome.

Second line brass and Cuban-Caribbean rhythms meld with R&B, soul, rock, and hip-hop beats in high-energy performances that turn every show into a celebration. New Orleans is influence itself, the unparalleled free and easy city weaving its way into track after track of original scores that make up a single definition of sound, which Flow Tribe has dubbed “backbone-cracking music.”

With two full-length albums and several EPs under their belt, the crew is currently building Downman Sounds, a studio in New Orleans East where they expect to cut their next record. The Tribe can be found crisscrossing the US just about every week of the year, from Key West to California, including regular performances at the notable New Orleans Jazz & Heritage Fest and Voodoo Fest. Look for their next project to be released in early ‘17, a full length album entitled “BOSS” produced by New Orleans’s own Mannie Fresh.

If you have any further questions, feel free to contact us!