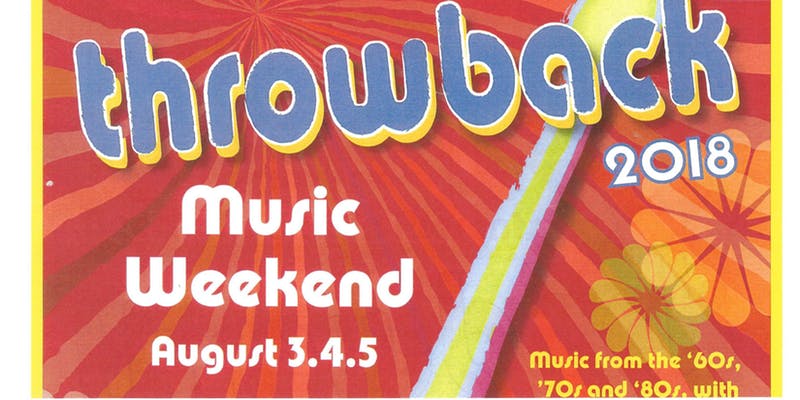 Beech Mountain Chamber of Commerce is proud to announce it’s first annual Throwback Music Weekend which will be hosted at Beech Taproom and Grill. The family-friendly event takes place over three days, with a suggested donation of $5 per performance as a fundraiser for the Beech Mountain Chamber of Commerce. The Throwback Music Weekend will feature music from the 60’s and 70’s, with some 80’s thrown in for good measure.

On Saturday, August 4th, Clockworx will take the stage for some 60’s, 70’s and early 80’s rock and roll covers. This band features a number of experienced musicians. Lead guitarist Max Riley has shared the stage with Doc Holliday and Nantucket, and now makes his home permanently on Beech Mountain. Keyboardist Phil Giallombardo is a founding member of the James Gang and has played with REO Speedwagon, Kansas and many others.

Bill Wrenn, drummer, is a retired police officer who formerly traveled across the United States performing with several rock bands. Billy Darr, bassist, has performed with a number of popular rock and country bands.