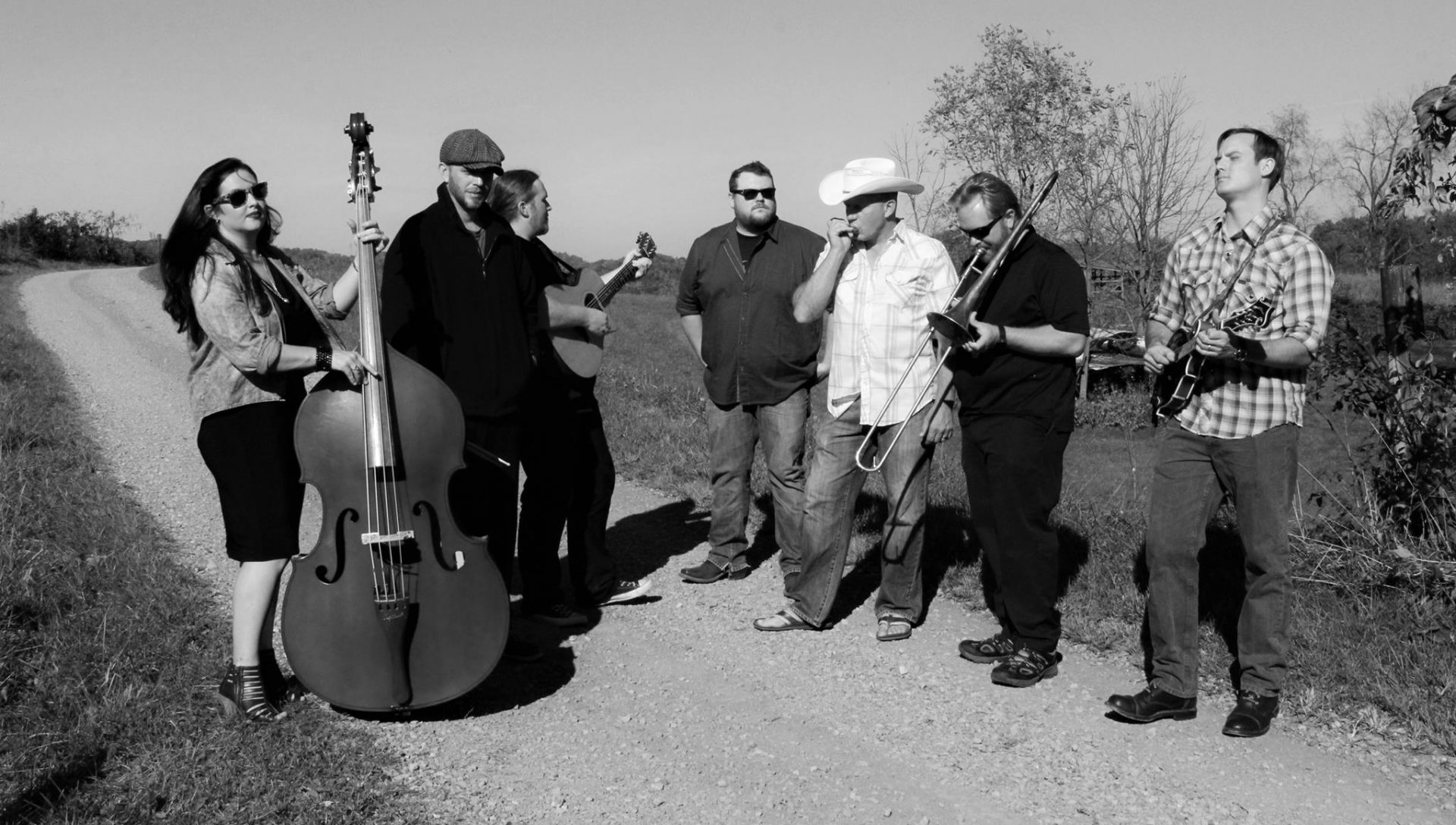 A unique sound from this five member acoustic band with songs ranging from drivin’ rock to sultry ballads. More sound from an acoustic six-string, a bull fiddle, and a harmonica than seems legal, forming a style that’s just Virginia Ground.

Virginia Ground is an eclectic acoustic band comprised of talents from Glade Spring, Abingdon and Bristol, Virginia. Band members include lead singer, guitarist, and songwriter Jamen Denton and brother Justin Denton on the drums. Vocalists Jon McGlocklin, Ben Smith with harmonica, and Joshua Young playing the double bass round out the energetic show performed by this unique quintet. The band strives to appeal to a wide variety of music lovers. Their musical style encompasses original songs to timeless favorites by renowned artists in blue grass, rock, blues, country and folk ballads. Virginia Ground’s music is influenced by the likes of Dylan, The Band, The Grateful Dead, Stevie Ray Vaughn, and Old Crow Medicine Show to name a few. Audiences explode with enthusiasm when the band performs songs with Appalachian interests.

Our summer concert series is held out doors on the deck of our 5506′ Skybar. In the event of inclement weather, the events will be moved to the Beech Mountain Brewing Company.

5506′ Skybar is a family friendly environment.  The concerts themselves are free, however the only way to access 5506′ is by shuttle.  There is no parking and drop off location at 5506′.  All shuttle rides are $1.00 per person.