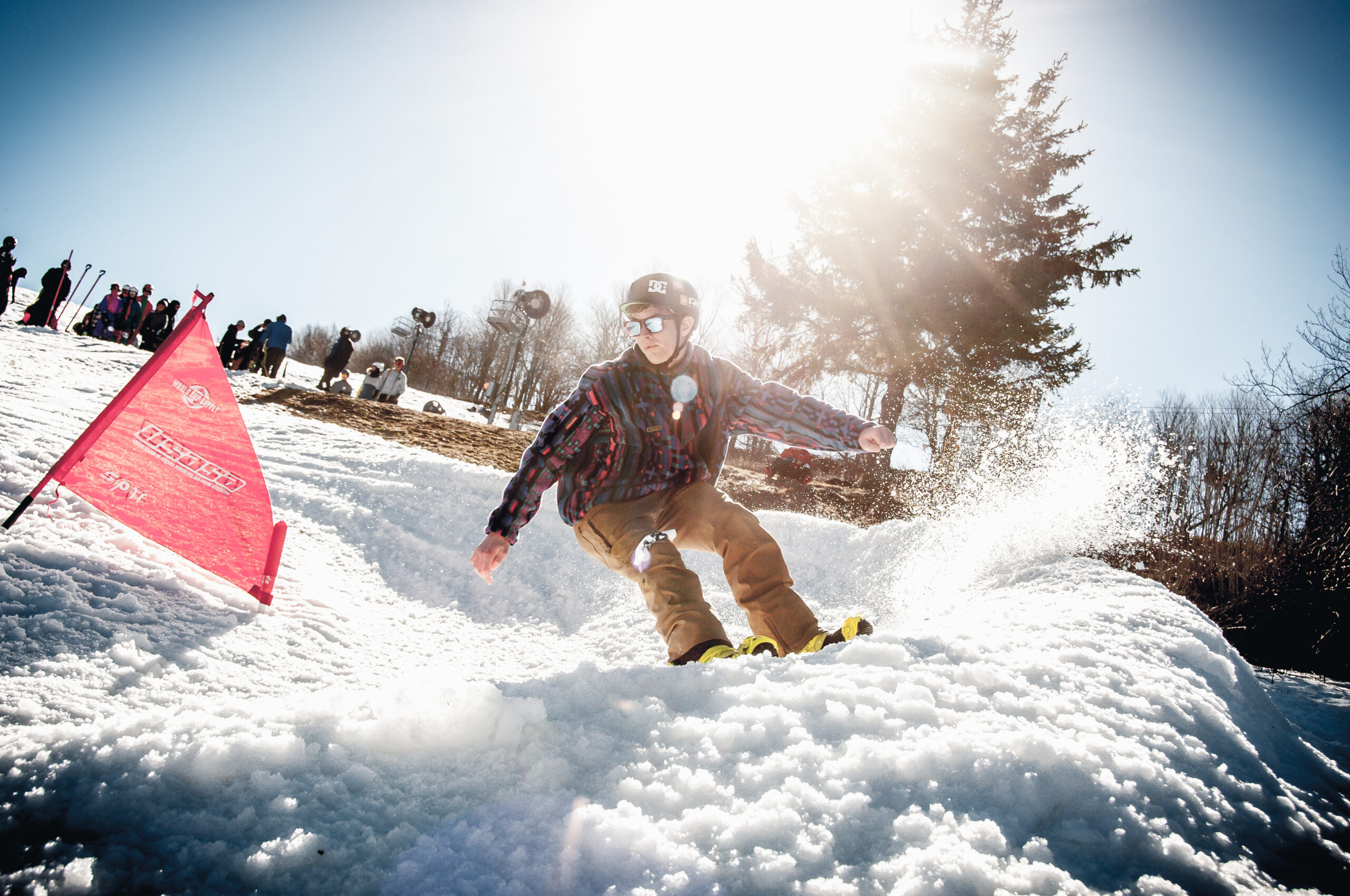 North Carolina’s ultimate test of speed & skill on the snow return! Sharpen your edges and wax your ski or snowboard for a good cause. This year’s Banked Slalom event benefits the Colon Cancer Coalition and is part of Runs for Buns.
Racers will shred berms, hips, slash walls, and doubles to catch some air! After runs, participants can kick back on the slope-side patio of our 5506′ sky bar and watch all the action while drinking a delicious pint of Beech Mountain Brewing Co. beer!

Prizes awarded to the top three in each category. This event is sponsored by:
Dragon, Recess, GNU, Ride Snowboards, Root Down Hair Studio, Zionville Ramp Co., 32 Snowboards, and Bat Wing and Blackstrap

There will be no access to the course prior to the race beginning.

Awards will be presented outside the Taproom & Grill immediately following the last races!

Prizes will be given to the top three in each category.