Dedication Ceremony for Patrol Base Renovation 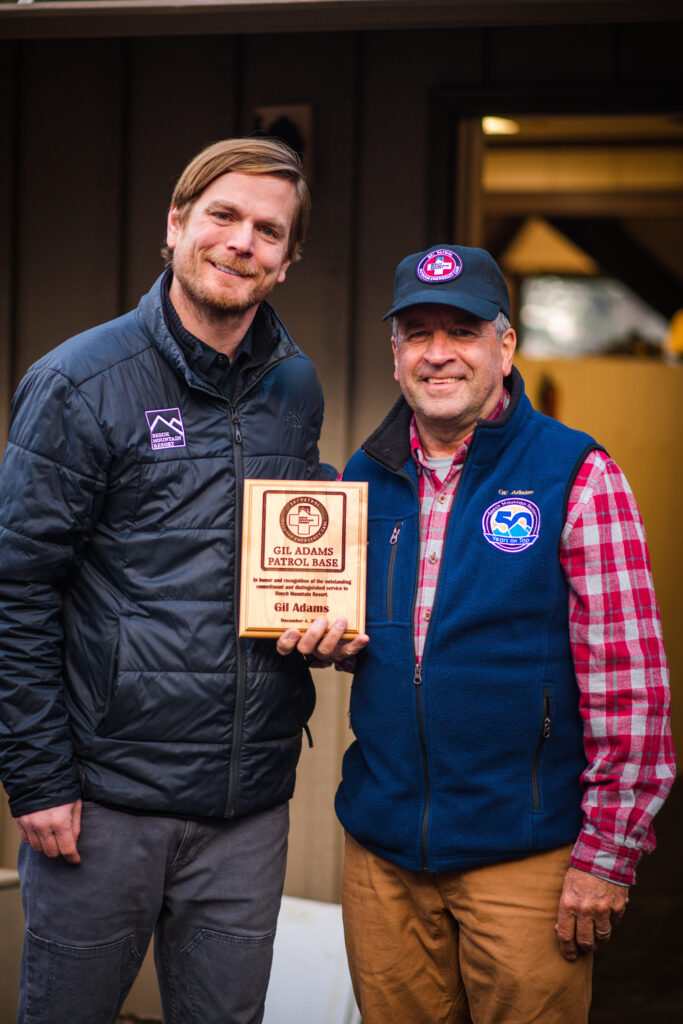 On Saturday, December 4, 2021, a ceremony was held at Beech Mountain Resort to officially rename the newly renovated Patrol building to the Gil Adams Patrol Base. The facility’s naming is in honor of his unmatchable work ethic and loyalty to Beech Mountain Resort and the Beech Mountain Community.
Adams has been a member of the National Ski Patrol since 1970. He has skied at Beech Mountain since its opening in 1967. Adams served as the Patrol Director from 1982 to 2017.
Over 100 people attended the ceremony, including formal members of ski patrol, local officials, first responders, friends, and family members.
Remarks were made by Director of Patrol Michael Stanford, National Ski Patrol Board Member Richard Yercheck, long-time patroller and friend Mike Ohlson, General Manager Ryan Costin, and followed by a heartfelt thank you from Adams.
A reception immediately followed in the Beech Mountain Brewing Co. 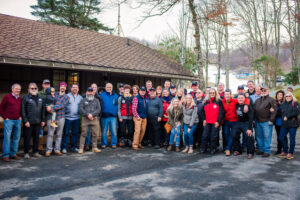