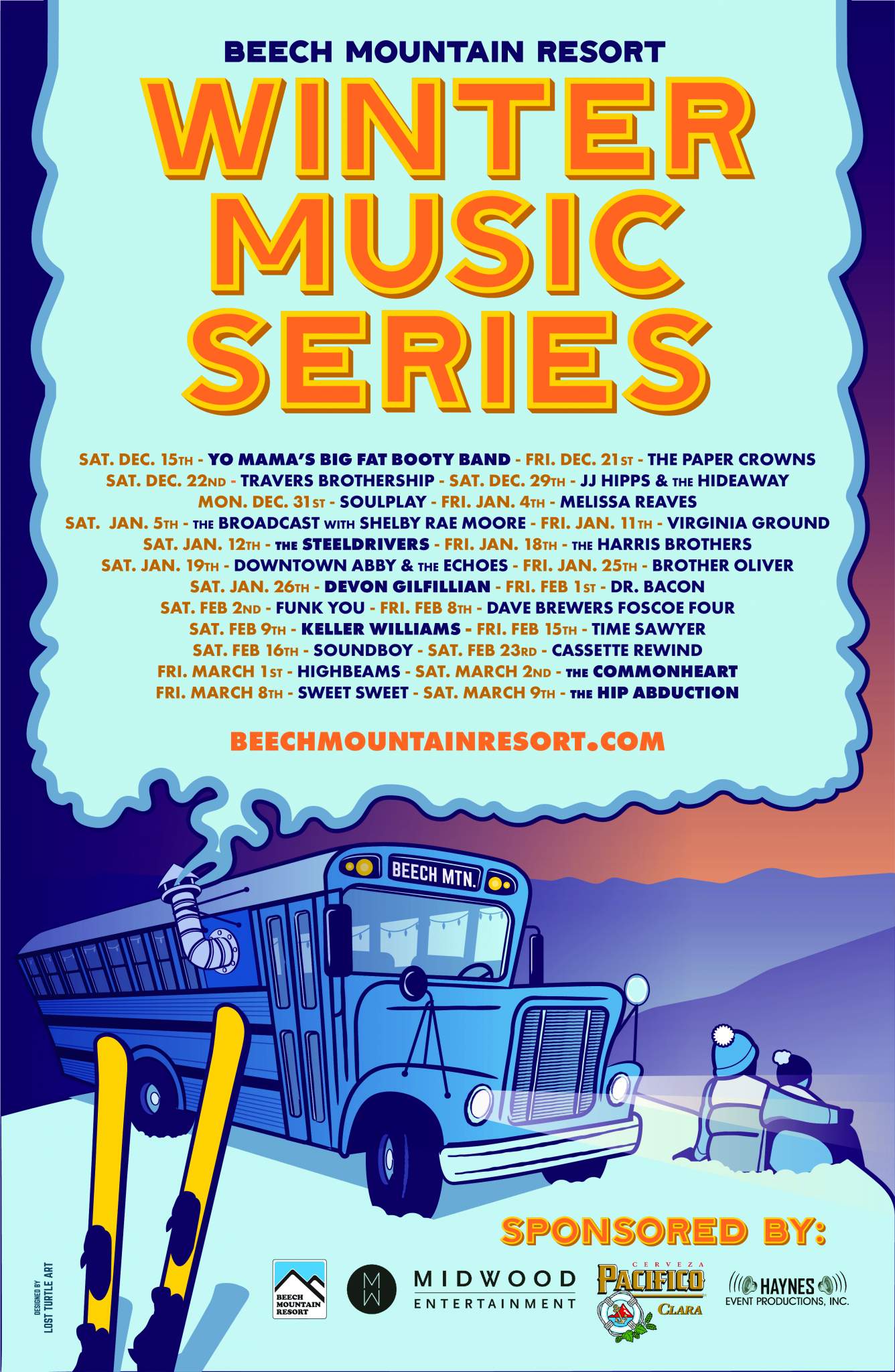 Sponsored by Cerveza Pacifico, shows to feature The SteelDrivers, Keller Williams and More

As the snow thickens and the new state-of-the-art chairlifts kick into high gear, skiers from around the southeast will also be treated to a wide array of great live music during this exciting time of year.

The Beech Mountain Resort Winter Music Series is sponsored by Pacifico; a popular Mexican beer brewed on the Baja side of the country that is now sold nationwide in the U.S.

Headlining this 25-show, three-month concert series will be the The SteelDrivers, one of the most acclaimed bands in the bluegrass and roots music genres. The group has won a Grammy Award and an International Bluegrass Music Association award for their albums.

Many will remember that The SteelDrivers original lineup featured the now-world famous country star Chris Stapleton, who left the band after their second album. Since then, however, The SteelDrivers have continued their steady climb in the music world as they routinely sell out shows all over the country and play major festivals like Bonnaroo, Telluride Bluegrass Festival and more.

The SteelDrivers are a favorite band for many stars of the stage and screen. Renowned singer Adele mentioned the band on her Live at Royal Music Hall DVD before singing their song “If It Hadn’t Been For Love.” And, in September of 2018, movie star Bill Murray and legendary singer John Prine showed up to sing with The SteelDrivers on the Grand Ole Opry.

Devon Gilfillian is a Philadelphia-area native who moved to Nashville to perfect his rock and soul groove. A singer, songwriter and slide guitarist, Gilfillian likes to bring his original funky tunes to life with a full band in tow. This rising star is sure to light up the mountain.

Keller Williams is considered the Chameleon of the Jamband Scene. During the year, Williams performs with many artists in multiple configurations, but he is best known for his solo shows. One of the early masters of loop technology, few can build up a layered head of steam in concert like Williams.

Six of the headliner shows will be ticketed events while the other 19 concerts will be free. The performances will take place in the village at either the Beech Mountain Brewing Co. Taproom and Grill or the next door in the Brewhouse.

For more information, times and dates can be found at beechmountainresort.com.