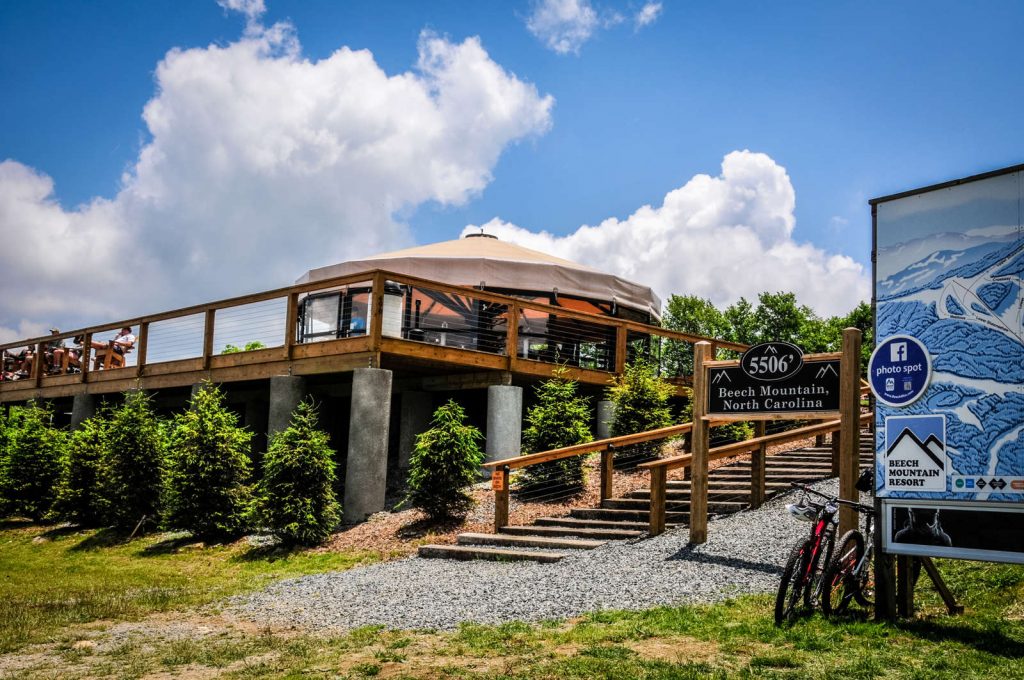 Beech Mountain Ski Resort will open up its beautiful summit in the summer of 2017 for scenic lift rides, a unique 18-hole disc golf course, downhill mountain biking, live music and more on the 27th of May.

And, for those wanting to be surrounded by spectacular panoramic vistas while enjoying drink, food and live music, our high-altitude skybar 5506’ is located on the Peak of Beech Mountain and is only a scenic lift ride away.

The top of Beech Mountain features some of the most beautiful views in all of the North Carolina High Country and the eastern United States. From 5506’, you can see Mount Rogers and Whitetop Mountain in Virginia, and on a clear day you can even see Pilot Mountain almost 100 miles away, made famous by the Andy Griffith Show. Because of such natural beauty, Wine Enthusiast magazine listed 5506’ as one of their “8 Sizzling Ski Resort Bars in America” in January of 2016.

Named after the height of Beech Mountain, which is 5506 feet at its zenith, 5506’will be providing a fine array of live music in the coming months to help bring an afternoon of food and drink to life on a cool summer’s day.

Open on Thursdays from 12 to 6 p.m. and Friday through Sunday from 10 a.m. to 6 p.m. beginning on May 27, a $10 round trip ski lift ticket will get you to what is easily the most spectacular mountaintop bar east of the Mississippi River – 5506’. Patrons can enjoy a daily lunch menu, and a full bar, including select beers from the Beech Mountain Brewing Company.

The live music scheduled for the summer of 2017 will include the following bands and dates. All shows begin at 2:30 p.m. and are sponsored by goblueridge.net, Classic 100.7 WZJS and
PULSE FM 95.3

July 29   –       The bluegrass and country sounds of The Grassabillies

August 5 –      The American pop rock acoustics of Prettier Than Matt

August 19 –    The folk, bluegrass and rock grooves of My New Favorites

More information can be found at www.beechmountainresort.com or 800-438-2093.