Sip + Play: Things to do in Charlotte 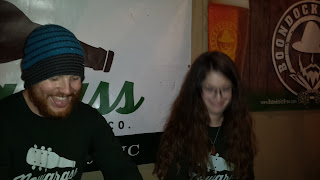 As the craft beer scene continues to sweep the state, Asheville has become the epicenter of the movement, especially in the west.

This weekend, I ventured to the ski region to imbibe some craft beers from breweries in Boone and Beech Mountain. In the next couple of weeks, I will share my experience at the different breweries. Tonight, I’ll start at the Beech Mountain Beer Festival.

The ski resort featured about two dozen beers from breweries spanning Beech Mountain to Lenoir to Asheville to Shelby. I didn’t realize there were so many breweries in the western part of the state. 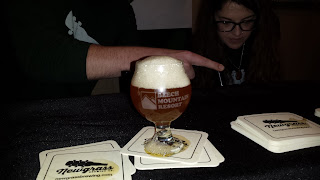 Beech Mountain is known for skiing, snowboarding and tubing, but the ski lodge also has a brewery. At the beer festival, the Beech Mountain Brewing Company featured a tasty brew called Fast Eddie, created for local Ed Plante. He owns Famous Fast Eddie’s Bar and Grill, a popular locals joint.
It was tasty, but my favorite brew of the evening was the Newgrass Brewing Company’s Lily Bean Golden Stout. It had hints of vanilla beans, coffee, cocoa nibs and aged in Woodford Bourbon barrels. It was a delightful. If you want some, you’ll ned to head to the Shelby-based breweries tasting room. It was a limited edition brew and it’s only available at Newgrass.

I’m a dark beer drinker, and I was impressed by the variety of flavorful porters and stouts that I tasted at the beer festival. I was also impressed by several IPAs. They weren’t overly bitter like most craft IPAs. More on that next week.