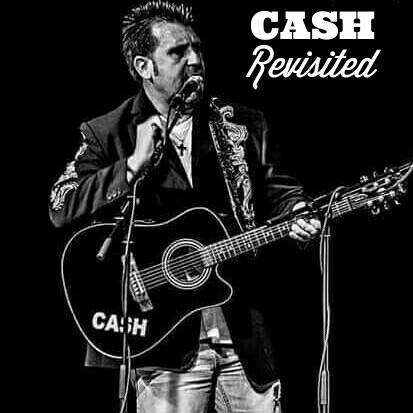 Live Music with Cash Revisited at 5506′!

“CASH Revisited is a tribute show to the LEGEND, Johnny Cash. Jeff Tankersley portrays Johnny Cash in a way that captures the mind and makes you believe that “The Man in Black” himself is up on the stage singing to you. With his old school ways, Jeff is just a down-to-earth guy with a BIG heart that has a passion for paying respect to his idol. His ability to bring Johnny Cash to life is literally Amazing!! He brings a few friends along with him to every show so you never know what other Iconic musician might appear such as June Carter Cash, Waylon Jennings or even Willie Nelson!!”